"Honey, can you come? I've got a little engineering problem…" 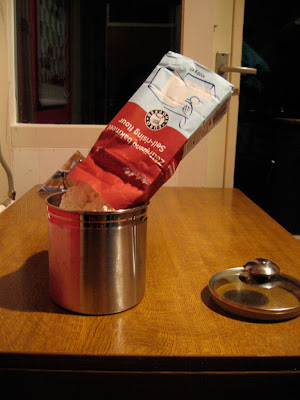 I spent some time on updating the manual of CL-DOT. Initially, I had extracted it with DOCUMENTATION-TEMPLATE (plus some CL-Markdown integration) from CL-DOT's docstrings. A couple of things bothered me from the beginning:

After looking around a bit what other Lisp projects use, I came to the conclusion that generating documentation from docstrings currently does not give me much advantage. I don't like to see docstrings in SLIME which are littered with random markup junk, nor do I particularly like having to build the software to generate the documentation.

So, why not doing it the other way around, i.e., generate docstrings from the documentation (basically by filtering out most markup)? Seems easy enough.

Then comes the question which documentation format to use? With something XML-based I have enough tools available to frob it any way I want to, but I'd rather not write XML myself. I have used markdown-like languages like AsciiDoc and Emacs Muse in other contexts, but they all seem to have some annoying limitations.

Eventually, I settled on Texinfo as the lesser evil. It can produce HTML, PDF, and Info documention, it seemed to support cross-references, generation of tables of contents and indices (which is quite useful for a reference manual), and can even deal with images. There is also a chance to get Hyperdoc support working. The algorithm to generate anchor names for cross-reference is documented.

Writing the markup is bearable, and in particular markup for function entries is straight-forward enough that for the moment I can do without an extractor for function signatures:

Then the Struggling Began…

Converting the documentation to Texinfo format was actually done quite fast, however, the tweaking took some time. Some things are harder to achieve with Texinfo than I had, perhaps naïvely, expected:

Would I use Texinfo again? Not sure. I guess I'll stick with it for the time being, until something better comes along. I have accumulated enough boilerplate to reuse in another project, at least. That should alleviate some of the pain.

What about the Generation of Docstrings?

…is left as an exercise for the reader. After wrestling down Texinfo I ran out of steam, so makeinfo ‑‑plain and a little cut-and-pasting works for the moment and the workflow is not worse than the old way of generating documentation from docstrings.

I will probably settle a couple of bets with finally putting these pictures online, but here's about 3 % of the photos I have taken while visiting Volker in Macau SAR earlier this year.

Blast from the Past

Last month we visited the Museum Buurt Sporweeg (District Railway Museum). They regularly show-case old steam trains which were used in the area for salt transport. We could even take ride on the old route! This time, at the same time there happened to be a get-together of vintage cars and motorcycles in Boekelo, one of the stops.

Here's a collection of photos from the event:

…with apologies to Alfred Hitchcock.

This is how the sky looks like on summer evenings around here: